It is difficult to understand, why these two governments which we have elected to represent us, support of the opinion and position of EURACOAL ("The voice of coal in Europe"), instead of the opinion of their own electorate   gathered in the Public Opinion Survey 468 , which are dominantly in favour of cleaning the air. Pulmonologists from India, are sounding an alarm, with respect to the future of children breathing polluted air.

A publication in the Guardian from today, exposes facts around Greece's lignite (brown coal) mining practices.

China will set more stringent targets for improving the nation’s air quality under a new three-year plan, as Beijing prepares to beef up a nationwide crackdown on polluters in its campaign to clear its notoriously toxic skies.

The government will set up a nationwide inspection system this year, which will give responsibility for regular checks on polluting companies and factories to local authorities, in addition to central government.

The government will also punish local authorities who do not enforce the regulations correctly. In some regions last year, regional governments issued blanket orders for companies to close even if they complied with tough emissions rules. The “one size fits all” strategy by some local authorities will not be tolerated.

Air pollution takes a greater toll on the hearts of black Americans than whites, in part because they often live in poorer areas with more pollution, a new study suggests.

"The greater risk of death from heart disease among blacks, compared with whites, is partially explained by higher exposure to air pollution," said lead researcher Dr. Sebhat Erqou, a cardiologist at the University of Pittsburgh.

Air pollution is a global problem with a very personal health-related dimension.

We are dedicated to offering pragmatic evidence-based solutions to this problem to the population in Bulgaria and the EU, so that people can take motivated decisions which will transition to evidence-based actions reducing the health-related risks of inhaling polluted air.

It is with gratitude, that we accepted the partnership with H.E.A.L., which enables us not only to monitor  global levels of air pollution, not only to adapt our behaviour and recommendations to the regional air-pollution levels, but also to support and enhance this data with personalised measurements of  personal air-pollution by using an individual fine-particle monitor.

Thank you H.E.A.L. for the opportunity! 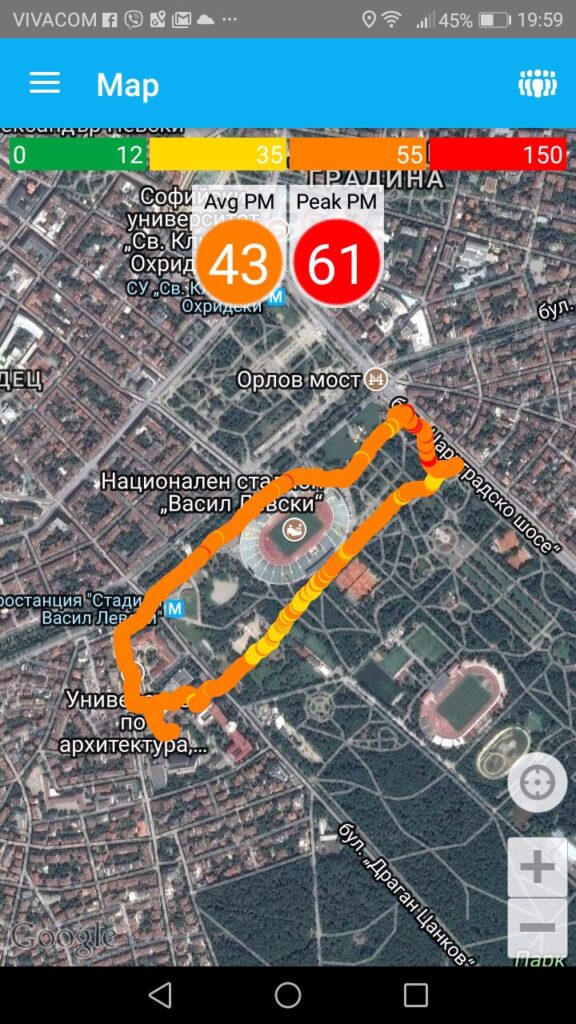